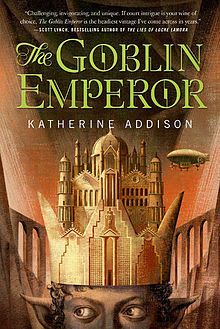 I actually bought The Goblin Emperor for Rebecca for Christmas last year after reading Scott Lynch's recommendation. I let Rebecca read it first, of course, but grabbed it off her almost as soon as she'd finished it.

Expectations
High! Not only did one of my favourite authors recommend it in glowing terms, but Rebecca said she really liked it as well.
Positives
This book was great. I love fantasy books that can surprise me by not adhering to fantasy cliches, and this one surprised me within the first chapter! The main character, Maia, is the forgotten son of the previous emperor who never expected to come to the throne. He's inexperienced, untrained, and should - according to fantasy tradition - fall prey to the machinations of the evil grand vizier. But he doesn't. The first time he meets his Lord Chancellor, he challenges him and does not let himself be shouted down. It's great.

Maia's not the only great character, either. He's the one who is most fleshed out, but plenty of the people who work with and around him are charming, if rather more shallowly constructed.

"'Nine o'clock,' he said, with perhaps a quarter twist of question."

Negatives
While there are an assortment of female characters, of different types, none of them are fully fleshed out. I would love to see more from this world, and from Maia, exploring these characters.
Final Thoughts
Thoroughly enjoyed this, and feared whatever I read next would be unable to compare. 4 stars.
Posted by Unknown at 15:04 No comments:

This weekend, I took part in Dewey's 24-hour Readathon, so I read a lot of books! I thought I'd put them all in one place rather than crowding my blog with separate entries. These will be shorter reviews than normal, as I wrote them up during the readathon.

1. The Naughtiest Girl Again, Enid Blyton.
Expectations: Nostalgia.
Positives: As expected, nostalgia. Feeling virtuous and like I want to be a better person. Crying for Elizabeth's disappointments and triumphs.
Negatives: I can't bring myself to say anything negative about Enid Blyton.
Rating: 3 stars.

Today, I'm participating in Dewey's 24-hour Readathon. I'll be updating this post as I go along, and also posting pictures and quotations on twitter. I've never done anything like this before, I'm excited. 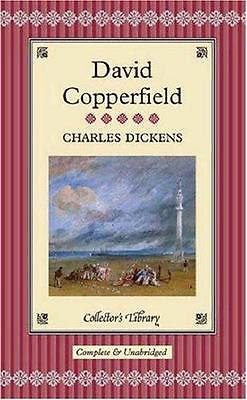 For my birthday, my parents took me on a mini-holiday to Broadstairs in Kent. I didn't know much about it before we went, but Dad happened to mention that there was a Charles Dickens museum and that we'd probably go see it. Now, I haven't read a lot of Charles Dickens. I know the stories, of course, but as far as actual reading goes, I'd read most of A Christmas Carol, the opening of A Tale of Two Cities and about a third of Hard Times. I decided I should probably try to fix that before going to a whole museum dedicated to the man, and looking through my house David Copperfield was all I could turn up.

Exceedingly low. I like what I've read of A Christmas Carol, but I couldn't get through Hard Times and I knew nothing about David Copperfield except a vague idea it was the story of a man's life. Having now read it, I think I was confusing it with The History of Tom Jones, a Foundling.

I was pleasantly surprised! This is very different to Hard Times, much less bleak and depressing. I warmed up to the characters relatively quickly, and there were such a lot of different stories that it was easy to stay interested.

There is still something of a language hurdle to get over, and the book is really long, but for all that I enjoyed reading it. (It probably helped that I got the bulk of it read on holiday, I wasn't carting it back and forth to work for longer than a week.)

I've been meaning to give Dickens another try. I thought I'd start with Nicholas Nickelby or The Pickwick Papers. I definitely didn't expect to start with anything this long, but I'm very glad I picked it up. 3 stars. 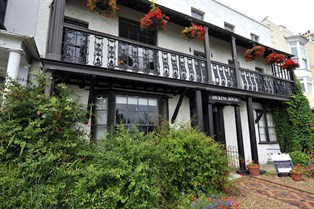 I'm very pleased to still be on a reading kick. I didn't quite get this book finished as fast as The City of Woven Streets but I did read it on my lunch break and while at home, which is always a good sign.

Expectations
Relatively high. I bought this book for Rebecca for her birthday last year, and she's since read it and enjoyed it. Plus, the concept is just excellent. A book about a Victorian-esque lady who goes off and studies dragons in a society where dragons are just an expected feature of natural history and there's no other magic? Sign me up!

Positives
This book was, as expected, excellent. It was actually even more excellent than I thought it might be. I particularly loved how Lady Trent managed to be both active and adventurous while still being aware of the social mores of the Victoria-esque society in which she lives. There was none of that fantasy cliche of the main character being the only person to see how her society is flawed and rejecting all of it. There were moments in the book where Lady Trent was very much of her time - which provided a nice sense of realism amid her fantastic adventures.
I also really liked the narrative style, and Lady Trent's thoughts on the publishing process, and her looking back at her youth from a position of age and a relatively more permissive society.

I thought all (or at least most) of the characters were well drawn, rather than just Isabella and Jacob, which is always nice. The plot was exciting enough to keep me reading - and to ensure I picked up the next book immediately.

Final Thoughts
I'm honestly not sure I can think of any negatives. A Natural History of Dragons is a great concept executed well. It's not astounding, but it's very, very solid. 4 stars.
Posted by Unknown at 17:10 No comments:

It's been a distressingly long time since I finished a book. I almost finished a reread of Devices and Desires - which I love - but then I just sort of stopped. Sometimes it happens, and I wish it didn't because when I start reading again I remember how great it is! Fortunately, I had a little prompt recently, about which I shall be mysterious for the time being, and so I've finished one book, one audiobook and am already working on my next book.

Expectations
Honestly, my expectations for this book weren't that high. I was reading it for A Reason, which is never the most auspicious beginning, and it didn't sound like quite my sort of thing. The blurb on the back reads:

In the City of Woven Streets, human life has little value. You practice a craft to keep you alive, or you are an outcast, unwanted and tainted. Eliana is a young weaver in the House of Webs, but secretly knows she doesn’t really belong there. She is hiding a shameful birth defect that would, if anyone knew about it, land her in the House of the Tainted, a prison for those whose very existence is considered a curse.


When an unknown woman with her tongue cut off and Eliana’s name tattooed on her skin arrives at the House of Webs, Eliana discovers an invisible network of power behind the city’s facade. All the while, the sea is clawing the shores and the streets are slowly drowning.

It sounded a bit dystopian, which isn't usually something I'm into. However, it had good reviews and I quite liked the first paragraph (always my litmus test) so I picked it up.

Positives
As indicated by the first sentence, the writing was good. Better than just 'readable', as well (though I'll take readable without complaint if the story is good enough). I didn't think it was quite on a par with Scott Lynch, who is my personal fantasy pinnacle for great description, but it was definitely noteable as a positive feature.
The story was nowhere near as dystopian as I feared. While the world is a dystopia, in the strictest sense, it doesn't feel like one enough to be oppressive. It's restrictions and dysfunctions are revealed slowly, which is what I'd much prefer. This is also definitely a fantasy world, not a future-of-earth or a science-fiction setting.
The story was solid and the characters were nicely established, though outside the two main characters they weren't given that much depth. Without giving away too much, there were a few character / relationship facets that came as nice surprises.

Negatives
The italicised dream sequences didn't really work for me. But then, italicised dream sequences that take part outside the narrative of the novel rarely do. I could see what Emmi Itäranta was trying to do, and I'd be curious to see what happens if you read all the dream sequences as one long piece — but not actually curious enough that I've done it, which is rather the point.
I also found the ending a little confusing / unsatisfying. Again, I feel like I understand the aim but it just didn't quite work for me. I'm sure it would work for other people, I just tend to prefer all-threads-tied-up to ambiguity.

Final Thoughts
This was a good book to get me out of my drought, and I'm glad I read it even though it wasn't usually the sort of thing I'd pick up. 3 stars.
Posted by Unknown at 14:16 No comments:

A birthday present from Dylan, I'm actually quite pleased with how quickly I got around to reading this. I have a habit of leaving present-books by the wayside in favour of books I've chosen myself.

Expectations
I'd seen the film adaptation some years ago but I must not have been paying very much attention because beyond the very basic premise I wouldn't have been able to describe the plot. 'Dowdy middle-class woman gets swept up in the life of modern socialite for a day' would have been about the best I could have done. Not exactly piercing analysis. I did remember that the film (and the book) also came recommended by Nickie - so with two friends who'd enjoyed it I was hoping it would be good.

Positives
I really enjoyed the main character and the story. The author really gets inside the head of Miss Pettigrew — so much so that the other characters are a little bit cardboard cut out. It’s also a good story of the character you care about triumphing over her own hangups and sorting her life out, which is always satisfying. It's a nice look at the social mores of the time, as well.

Negatives
The writing style had me questioning the book a couple of times. There are lines of dialogue that just go ???!!!???!!!??? which seemed like very lazy writing. There's also no great emotional depth to any character other than Miss Pettigrew.

Final Thoughts
I enjoyed it. It was quite light and a little shallow, perhaps, but enjoyable nonetheless. 6 stars.